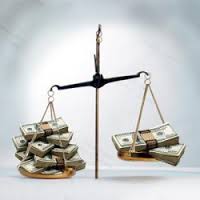 Weight Watchers: how they make their millions

The programme in a nutshell: Weight Watchers makes its millions from sales of its own brand diet foods and diet paraphernalia such as scales, measuring spoons, point calculators and pedometers.

Dispatches didn’t have much to add to what we already know about the Weight Watchers business model. When Sophie and I appeared on Dragon’s Den  years ago our vision was to offer an alternative to Weight Watchers meetings with a Beyond Chocolate Drop In on every street corner. One of the Dragons – I can’t remember if it was the arrogant one with the stripy socks or the awful one with the Scottish accent – laughed at us saying, “Weight Watchers don’t make their money with the meetings! They rake it in by selling their products. This will never work and for that reason, I’m out!”

He was right, I suppose. It’s certainly no money spinner. We are still struggling to find a financially viable way of supporting women at a local level across the country despite the huge demand. But we’re getting there… all in good time.

What did surprise me was the number of Weight Watchers products on offer at the meetings and in shops. When I was a card carrying member 20 years ago there might have been a couple of instant cuppa soup type things and maybe a “chocolate” bar or two. The range being sold nowadays to dieters is staggering. I could live on Weight Watchers food for weeks without ever needing to eat anything else (I don’t know if I’d survive for very long but that’s a different matter). There’s a Weight Watchers alternative for every moment of the day from breakfast through to lunch and dinner including drinks and snacks. And it’s not just ready meals and biscuits. You can buy Weight Watchers everything including:  bacon, bread, curry pastes and even wine!?

So why is that wrong on so many levels?

1. It’s wrong because it’s all about profit

There was a lot of noise on Twitter and on the Dispatches comments page yesterday from members who say they are not pressured to buy the products and I’m sure that’s true in many cases. I don’t believe for a moment that all Weight Watchers Leaders want to earn as much as possible with the 10% commission they make selling the products at their meetings. I’m sure there are many leaders out there who are genuinely passionate about providing weight loss support and who don’t push the products to their members. In fact, I know it is so because many of them come to us when they give up . Some of the most lovely, supportive, honest Beyond Chocolaters in our community are ex Weight Watchers leaders. It depends on the person, right? If Dispatches is right about how they operate though, there is something slightly skewed about a weight loss company that rewards it’s leaders with commissions on renewed memberships and diet food sales and not on the actual weight loss achieved – or maintained – by their members. There are people out there who’s main motivation is to make money and this business model means that they will be focusing on the activities that profit them the most – selling the diet foods and the ongoing memberships. They won’t make money out of anyone actually losing weight and keeping it off unless, they keep on coming back to the meetings and buying the products. Membership is free when you reach your target weight so there’s no money in that.

2. It’s wrong because it preys on desperate dieters’ insecurity and vulnerability

I had an interesting discussion with my partner about this last night as I ranted and raved at the television. He’s a man who has never had weight issues and is a naturally intuitive eater. He pointed out that people could make a choice as to whether they bought the products or not: “Surely no-one is holding a gun to their head or telling them that they HAVE to buy this stuff?” he argued. I let him in on a little secret which I’m sure the Weight Watchers marketing department are in on.

When you are desperate to lose weight you’ll do anything – buy anything – that offers even the merest promise of helping you to achieve your target weight. I can’t begin to add up the money I spent on diet foods and slimming ‘aids’ over the years. Juicers, calorie counters, diet yoghurts by the dozens every week, low calorie this and low fat that – anything that even hinted at helping me to be thinner. When you’re in that place when you think that your life literally depends on losing weight, it’s all fair game. Rational thinking and measured decisions go out of the window. If it’s going to help to shed the pounds and it’s not ANOTHER carrot stick it’s good to go.

What’s that you say? I can have a pack of these Weight Watchers crisps as part of my daily allowance? I’ll have 2 dozen of them. What? The packet is half the size and twice the price as normal ones? Who cares? THIS IS GOING TO HELP ME LOSE WEIGHT!

And there’s more. The Pro Points system is so complex to keep track of that many dieters go for the easier option of buying products. This isn’t about laziness or ignorance this is simply survival. Being on a diet, counting points and controlling what you eat all the time is a draining and time consuming affair. All your energy is focused on making it through the day without slipping up and binging on that chocolate fudge cake that’s been beckoning since you woke up. By the time you get round to doing the shopping after a hard day’s work, figuring out how many points are in the ingredients you are buying for dinner is just one step too far. So much easier to grab a Weight Watchers meal where the points are conveniently displayed on the packaging.

3. It’s wrong because it teaches dieters to stop trusting themselves (and stop cooking).

There’s also the fact that after years of dieting many dieters have lost the confidence to make their own choices. Dieting robs you of self confidence and self trust.  In 2012, Research group Mintel released a report called Dieting Trends – UK in which they revealed that 61% of UK consumers were confused and didn’t know what they should be eating or not to lose weight. When you’re on a diet food becomes the enemy. Every morsel of food represents a potential risk.

Serial dieters will all relate to questions such as:

When you live in a state of perpetual anxiety, day in, day out, desperate to get it right and stay on track, grabbing a packet of something which has the Weight Watchers logo is the safest option. After all, they know best. If it’s made by the very company that’s selling me the diet then it’s got to be OK, right?.

There were lots of comments on the Dispatches site by Weight Watchers fans who talked about being encouraged to cook from scratch and, again, I’m sure that many leaders are passing this on and that many people have, as a result changed their eating habits for better. But the mixed messages just don’t add up. Displaying tables full of attractively packaged, branded convenience foods at Weight Watchers meetings is NOT helpful or conducive to getting people back in the kitchen, however dedicated the leader is to home cooking.

4. It’s wrong because these foods are full of suspicious ingredients

And what about what’s in these foods? The Dispatches programme obviously chose the most TV worthy – and therefore shocking – example to show just how many additives and added ingredients Weight Watcher diet foods are made with. The ice cream has a list of 20 odd long and complicated to pronounce ingredients which looks like a chemical factory compared to good old Haagen Dazs made with cream, milk, sugar and vanilla. But the ice cream is not an exception.

Weight Watcher foods are full of  additives and chemicals. Sugar derivatives such as glucose fructose syrup and artificial sweeteners which have been linked to weight gain in numerous studies feature heavily across the range. They are believed to inhibit the body’s ability to regulate food intake play havoc with fat storage. The same goes for low fat foods which have been shown to increase weight cycling (yo-yo dieting to you and me). Also, where does the meat that they use in their ready meals come from? They are keen to tell me that there are no artificial colours or additives in their crisps but they are silent on the source of their chickens and beef. What’s in them? Has the meat been pumped full of hormones and antibiotics? In an age where it is widely accepted that a healthy diet includes as little processed food as possible why are Weight Watchers expanding their range every year?

Of course the Dispatches programme was one sided. Of course there are people out there who have lost 5 stone with the programme without ever tucking into a Weight Watchers Berry Fruit Layered Fat Free Fromage Frais

at lunch because they don’t trust themselves to make a sandwich.

But I’m not here to point out what is working. Weight Watchers can look after themselves just fine, as we saw from the numerous pro comments on the Dispatches web page and Twitter last night. This is a space for the thousands of women I have met personally – and the millions who I don’t know but are out there – for whom this doesn’t work. For those who are ready to stop blaming themselves and do something different.

Audrey
http://www.beyondchocolate.co.uk
Audrey Boss is one of the UK’s most innovative and forward thinking Food & Eating Coach. She has played an integral part in developing the No Diet movement across Europe, North America and Australia for over 15 years. She particularly focuses her talents on supporting women to take the stress out of eating and enjoy healthy, satisfying and tasty food. Audrey is an inspiration in the kitchen and is committed to helping women to bring the Beyond Chocolate approach onto their tables and in to their lives. Audrey is the go-to person for anyone wishing to make practical, real and life-lasting changing to their relationship with food, eating and cooking.

I am so NOT a fan of programs that FEED you instead of teach you how to feed yourself. I knew that programs like Jenny Craig profit from their members being completely dependent on them for every piece of food they put in their mouths, I didn’t realize that WW did that too.

I hate when programs that are supposed to help us eat all kinds of food with balance and moderation end up encouraging a FEAR of food instead.

There’s a reeason why the Diet industry is a 40 Billion dollar industry,huh?
;o)

Yes, they DO make a lot of money from desperation and fear. Lets hope the programme inspired more dieters to seek another way forward!

Hmmm the whole page of praise for WW is worrying. I posted a comment a week ago criticising WW and it has not been approved… No plugs for Beyond Chocolate, nothing abusive, just my honest opinion of WW. This somehow makes me not trust that Channel 4 is putting up all of their negative comments towards WW. What a joke.

Hi Fion
Yes, it is strange that they didn’t post your comment. I think they were probably overwhelmed by the response and not necessarily being underhand. Who knows?!

infinitechocolate – you are definitely a Beyond Chocolater! Great blog post.