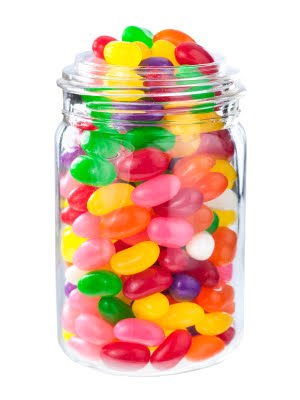 What do you WANT to eat?

The ‘Eat whatever you want’ principle has to be the sexiest, most appealing of the Beyond Chocolate principles. The shocked and excited silence that accompanies Audrey’s demonstration of the stocking up process on a workshop is invariably followed by either horror or jubilation from Beyond Chocolaters. And it’s usually the first principle that everyone rushes out to put into action. After years of deprivation and being good, it’s understandable. The idea that we can now eat these foods freely is amazing and terrifying in equal measure. We spend so many years counting calories, telling ourselves that we can’t have this, mustn’t have that, should only eat such and such in moderation, on special occasions, if we’ve been good… Now that we can eat whatever we want, legitimately, we can’t wait to get started.

The ‘Eat whatever you want principle’ is also the most misunderstood of all the principles. It can so easily become a license to binge. In focusing on this principle we sometimes forget the others and ‘Eat whatever you want’ becomes ‘Eat all your forbidden foods as much as you like to the exclusion of all other foods for ever’.

In some ways that’s part of the process, it’s helpful maybe even necessary, for a time, to stop counting, to stop measuring, to eat freely and with enjoyment. It’s vital to ditch the guilt and the anxiety about what we can and can’t eat. And the best way to do that is to stock up, to keep having the foods we think we shouldn’t have, as much as we want them.

The aim of this is to normalise not only the foods but the process of making choices about what we want to eat. Because the eat whatever you want principle is about making choices.

Once we have debunked the diet myths. Once we can step away from the notion that the answer to weight loss is to cut out fattening foods (whatever they are) and stick to the slimming ones. When we have untangled web of ‘unhealthy/fattening’ foods and we just see foods as ordinary, knowing we really will allow ourselves to eat whatever we want. Once the draw towards chocolate or crisps or whatever your forbidden foods are, is no longer magnetic, because after months or maybe years of having them as much as you like you finally believe that you will always have them if you want them…(and this really does take months, years even, not just weeks, there are no short cuts with this one!) then the real work starts.

That’s when we are really free to ask ourselves “If I can eat whatever I want, what do I really WANT to eat?

It’s the want part of ‘Eat whatever you want’ which is the most important, not the whatever!

A truly healthy diet, whatever that means to you, comes from being willing to ask questions and be curious about our choices:

We can’t ask those questions with an open mind until we have no more rules or preconceived beliefs and views about food. And that’s the point of eating whatever you want; to be free of the old diet baggage when it comes to making food choices.

Ultimately it’s about tuning-in and being our own gurus. It’s about being willing to take responsibility for making choices and using our own experience, intelligence and discernment to make those choices. And it’s about feeling so non-plussed about sweets or chocolate or crisps or whatever, because you know that you always have a choice to have them, that you are finally free to say NO to them as well. A real no, without any sense of deprivation.

These days when I choose what to eat I base that choice of several factors:

Any food I choose always ticks the first box, I stopped eating foods I don’t like a long, lone time ago. Sometimes I choose to eat foods that ONLY tick the first one.

Mostly though the foods I choose tick all 4. Because after years and years of eating whatever I want, food no longer has any power over me. Chocolate is just chocolate. Cake just cake. Peanuts, crisps, mash, butter, bread… all of it is just food. Some of it I like, some of it I love the taste of. And I know I can have any of them I want. Anytime. And the more unequivocally I know that, the more balanced my choices become. In fact by staying curious and genuinely puzzled about what constitutes a diet that feels good to me, that feels healthy, I make choices based on all four of those factors more often than not.

So, I do eat chocolate and cake, bread and butter, crisps, peanuts and the rest… but far, far less than I used to and far, far less than I thought I’d want to. Not only because I don’t often feel like eating them but because after years of letting myself have them, and when I ask myself all the questions above, I realise that, 95% of the time, they are not want I really want. And that feels like true freedom to me.

Sophie
https://www.beyondchocolate.co.uk
Sophie is a Humanistic Psychotherapist and author. Beyond Chocolate has been her mission for the past fifteen years. Her vision, to see women free from dieting and the endless struggle with their relationship with food and their weight, empowered to know and trust their bodies, has been the focus of her work with both individuals and groups. She has been a pioneer in bringing the no diet approach into the mainstream.

Could not agree more!! It has taken me about two years to get there but the feeling of freedom is amazing. Thank you Sophie and Audrey.

Oh, I love the freedom too! And it does take time and sometimes it’s during this experimentation with freedom that weight gain occurs and women think that means Beyond chocolate isn’t working and they go back to a diet and round and round they go. It takes quite a lot of determination to see through the ‘whoopee I can eat everything I like all at once and as much as I want’ stage, but it is so worth it.

I do love this principle but it is as you say – not just about bingeing, and this is quite difficult to get over. When Sophie first said i should try stocking up on chocolate I was frightened..this was someone who abstained from chocolate for 20 years because it induced 3-days migraines..but post menopause this stopped! All I knew about eating chocolate was Not Having or Having and Bingeing and Being Ill. I am so grateful that I took this step though and today have half a bar of Lindt dark chocolate with chilli in my bag which has been there for a week or so. Every so often when I fancy some, I let a square (or half) melt on my tongue and taste the amazingness. Liberation! Thank you!